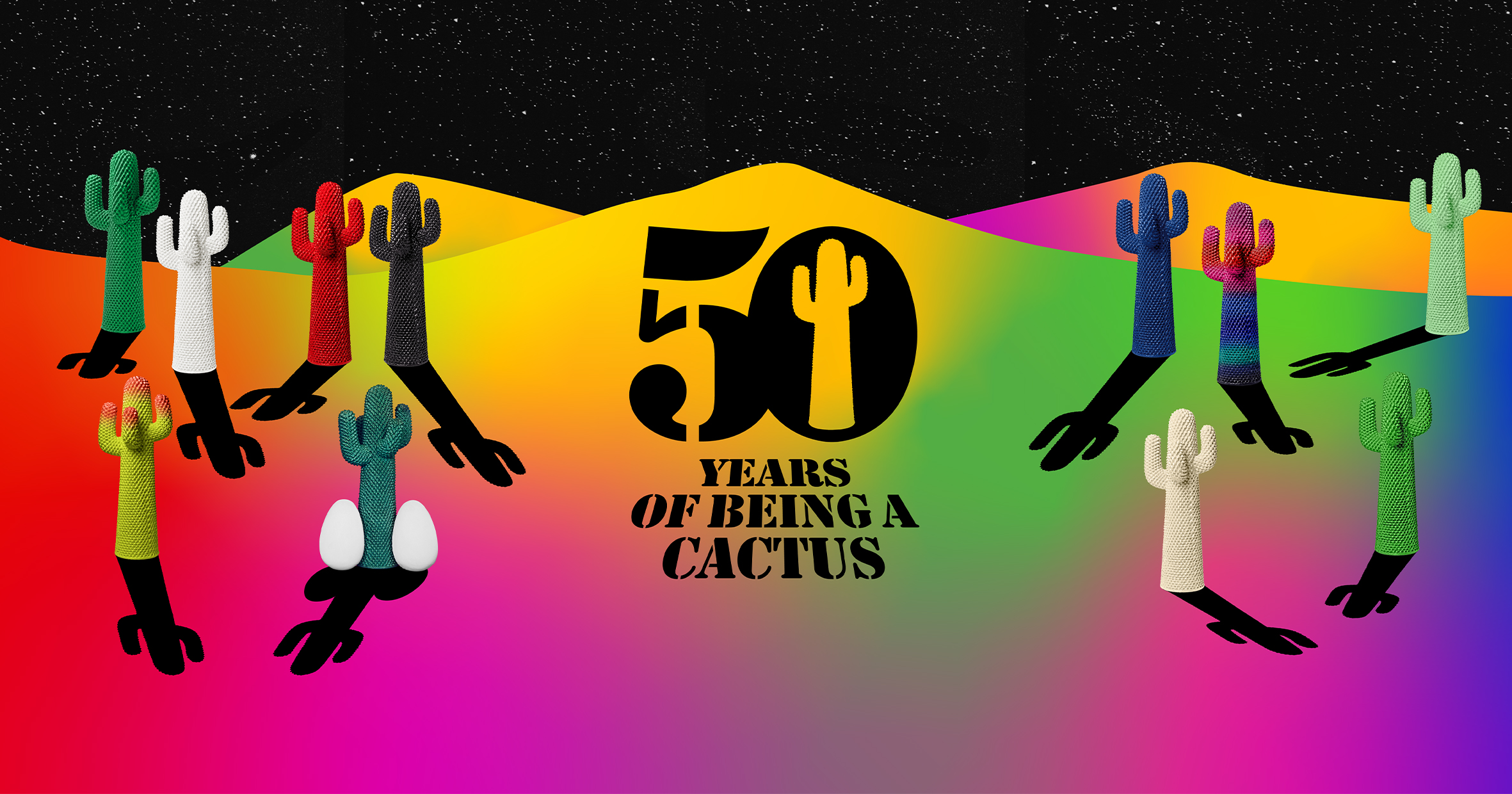 50 YEARS OF BEING A CACTUS®

Gufram celebrates the 50th anniversary of its most prickly icon

Designed in 1972 by Guido Drocco and Franco Mello, CACTUS® has been the subject of  uncomfortable, free and often equivocal interpretations. Soft, thornless, but nonetheless prickly, and almost as tall as a person, this four-armed hall tree made in flexible polyurethane perfectly represents the grit, imagination and humour of the 1970s, while still remaining one of the most recognizable and contemporary designs to this date.

This year Gufram celebrate’s the 50th anniversary of an icon that has completely revolutionised the domestic landscape. One of the most famous examples of Radical Design, it has been celebrated by various generations of artists, designers, fashion designers and creatives, and it has been the star of exhibitions in some of the most important museums worldwide, such as the Triennale in Milan, the National Art Museum in Beijing, and the Barbican in London.

Still produced with the original 1972 mould and entirely finished by hand, each piece is unique. The 2,165 bosses (give or take a few) that characterise the surface are finished by specialised artisans and then painted with Guflac, Gufram’s unique patented paint that makes the polyurethane look like leather, while still allowing it to remain flexible and soft.

Green, white, red, blue, and even multicolour, over the years CACTUS® has been produced in many limited and numbered editions, some of which have sold out in just a few days. To celebrate the piece’s anniversary, Gufram will soon be announcing its collaboration with an out-of-the-box pop artist for the creation of a new edition of CACTUS®.