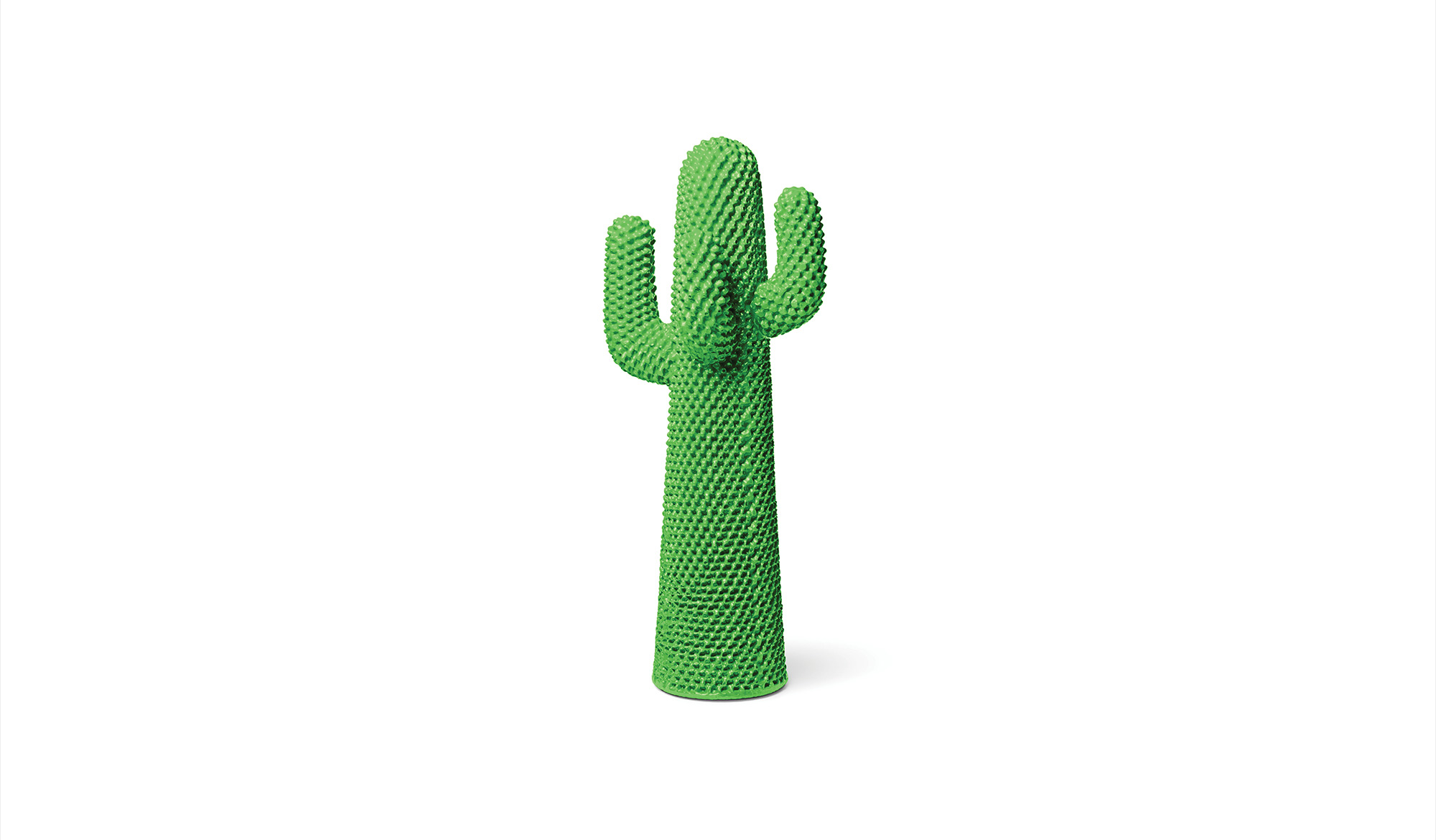 The subject of several, free and often ambiguous interpretations, Cactus is the icon of Italian design that has revolutionized the domestic landscape, by subverting the borders between indoor area and open space. Cactus comes as an ironic totem, and embodies the grit, the imagination and the humour of the design of the Seventies. Likely to draw upon itself everybody’s attention, this hall-tree redeems itself from functionalism at all costs, because it can perform its function, but also be used as a merry decorative element. You have freedom of interpretation. Cactus comes to life in 1972 thanks to the genius of Guido Drocco and Franco Mello, and from the start it questions the static and rigid world of interior design.

Its first edition was a very deep emerald shade (sold out edition), and since then it is cyclically reinterpreted according to the colour and the style of the moment. In 2007 we had the white version (sold out edition); in 2010 it was the turn of red and black.

It is a part of permanent collections
in important international museums
such as MUDE in Lisbon, ADAM in Brussels
and Fondation Beyeler in Basel

In 2012, on occasion of the first piece’s fortieth anniversary, Cactus came in a new limited edition called Metacactus. In this variation the green lime colour fades into orange at the tips, as if they were toasted by the scorching sun of the desert.

For Gufram’s comeback to France in 2015, the company introduces a new limited special edition of the legendary Cactus, named Lebluecactus (sold out edition). The hall tree designed by Drocco and Mello turns blue - the same shade as the French flag - a representative hue of all the myriad different nuances that populate the many latitudes of the “Hexagone”. 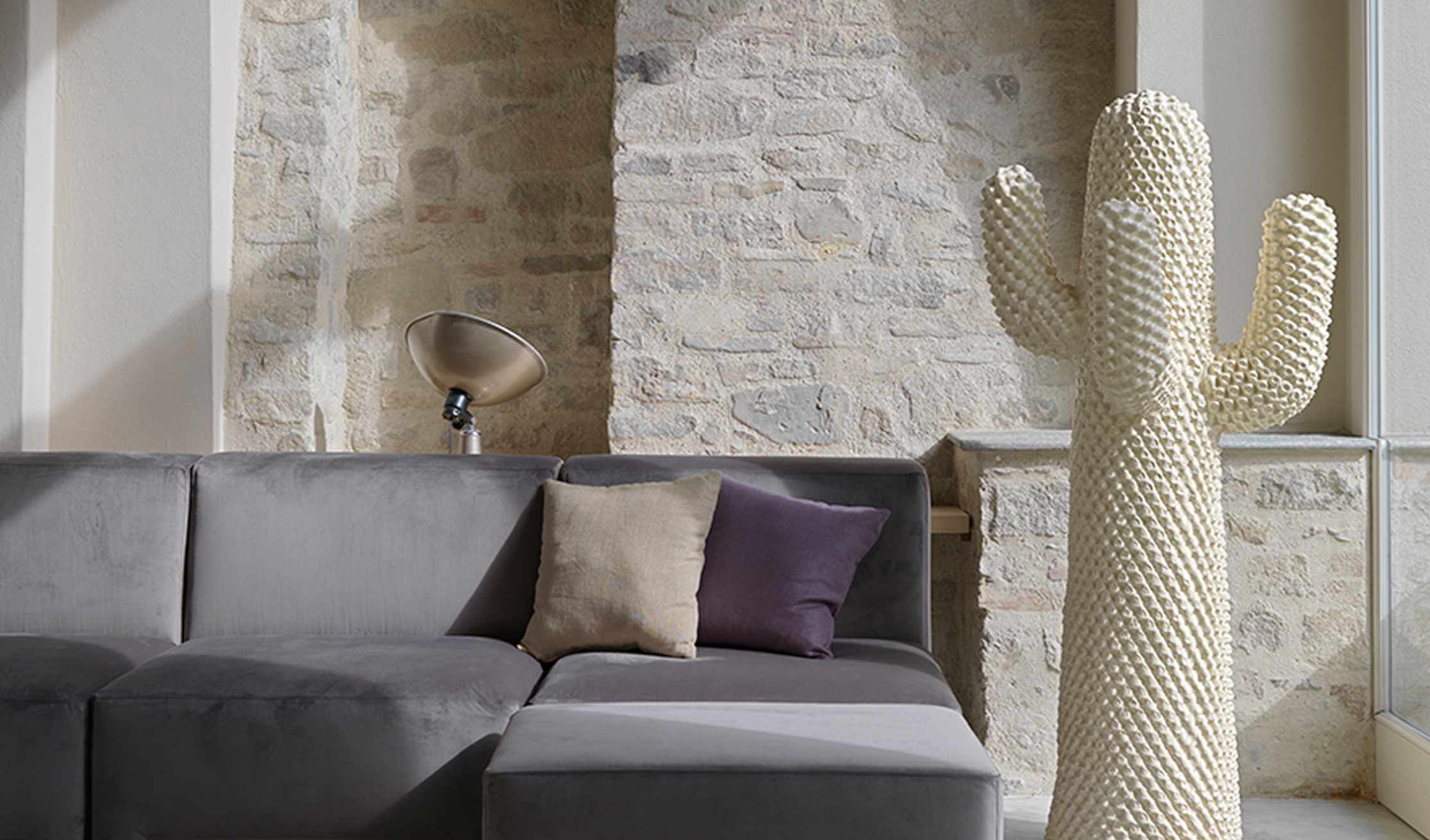 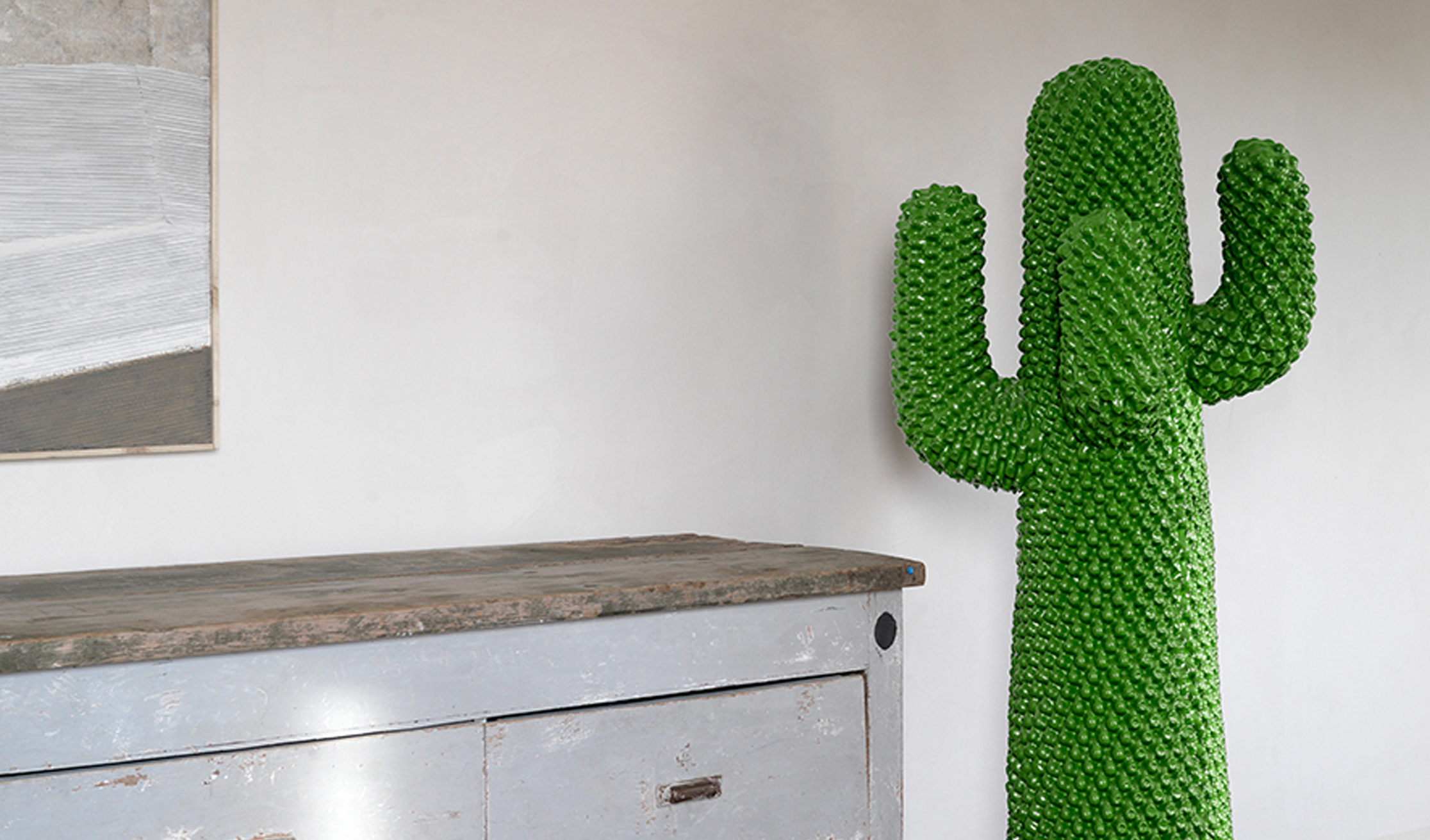 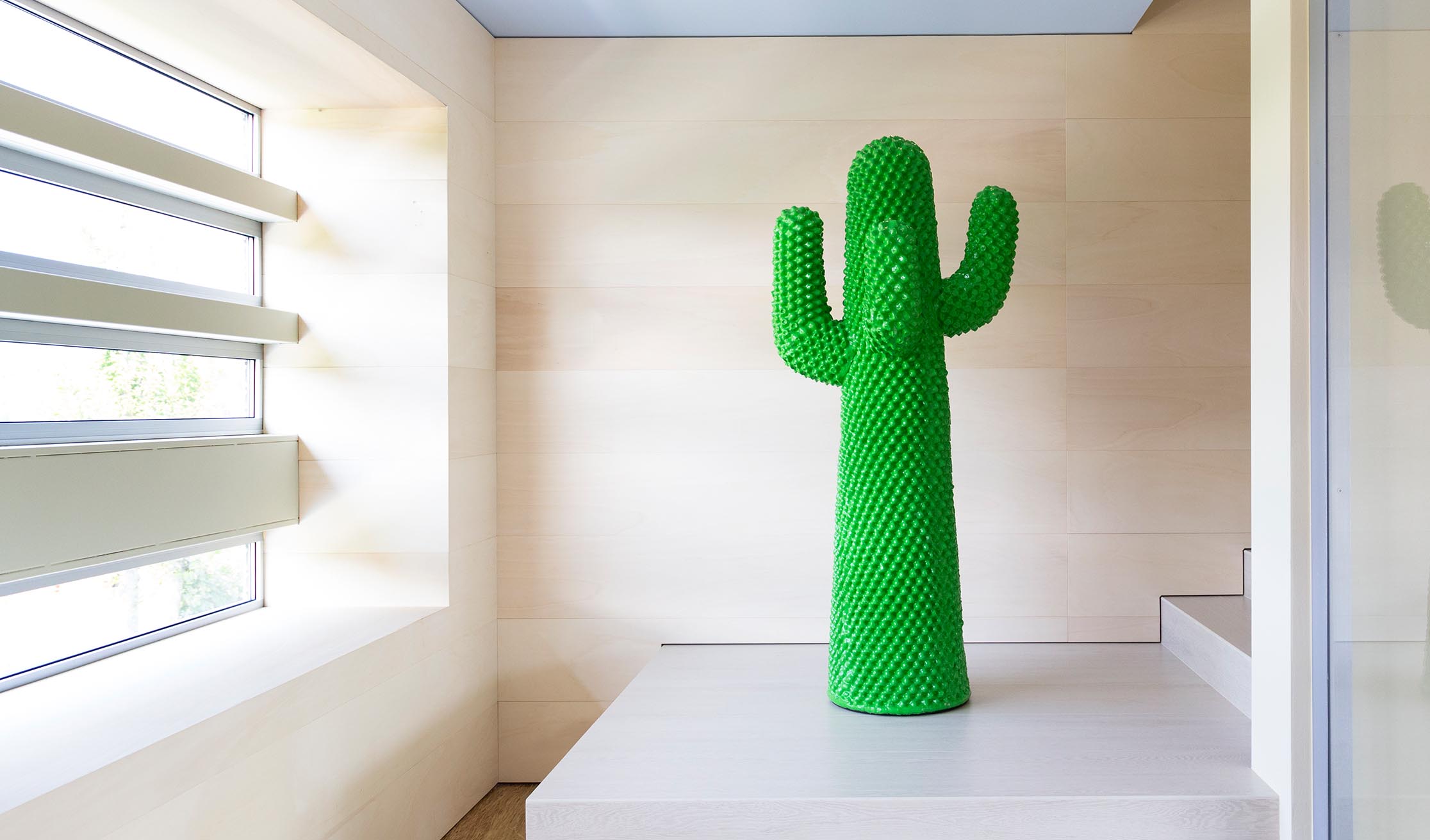 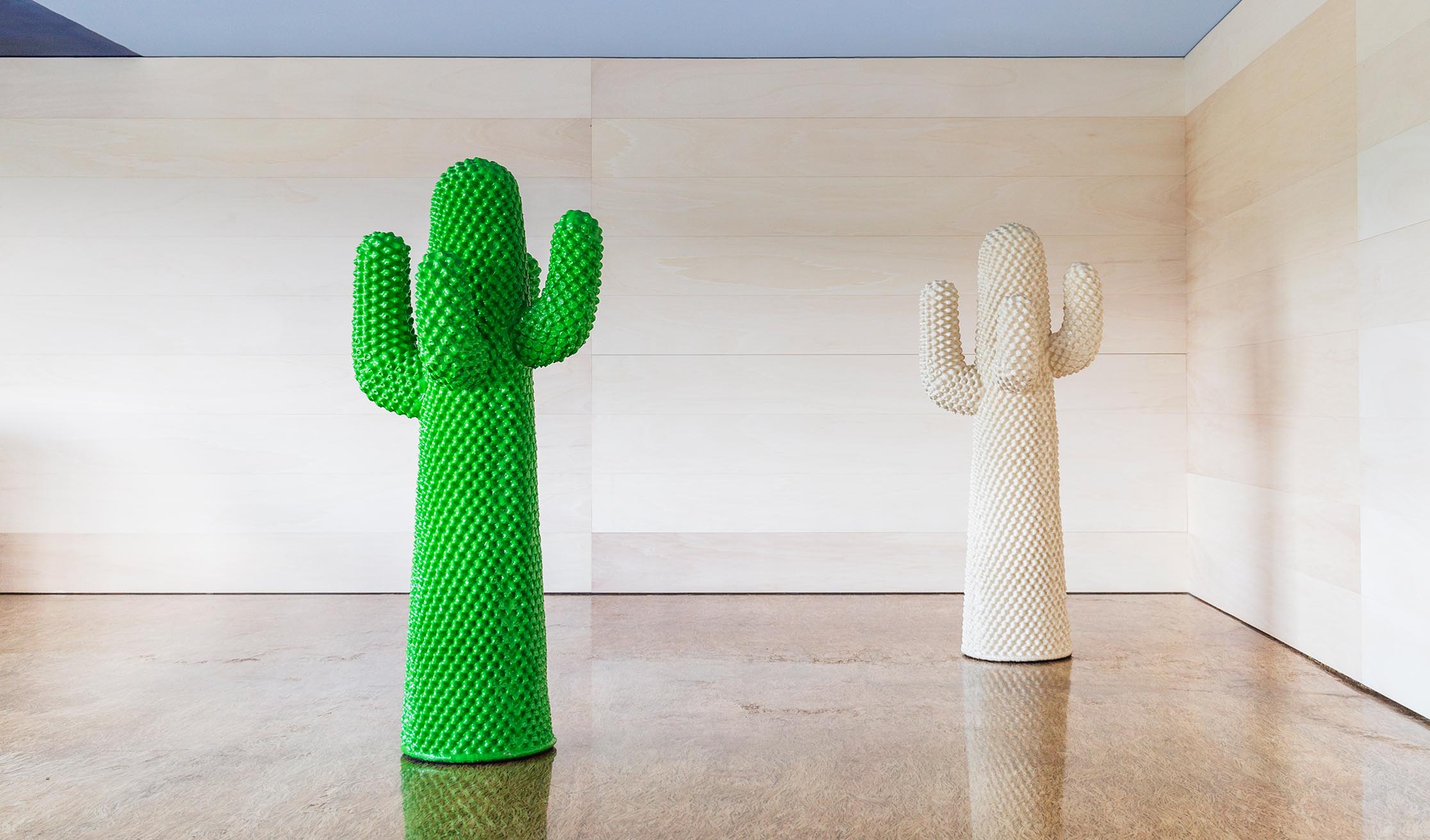 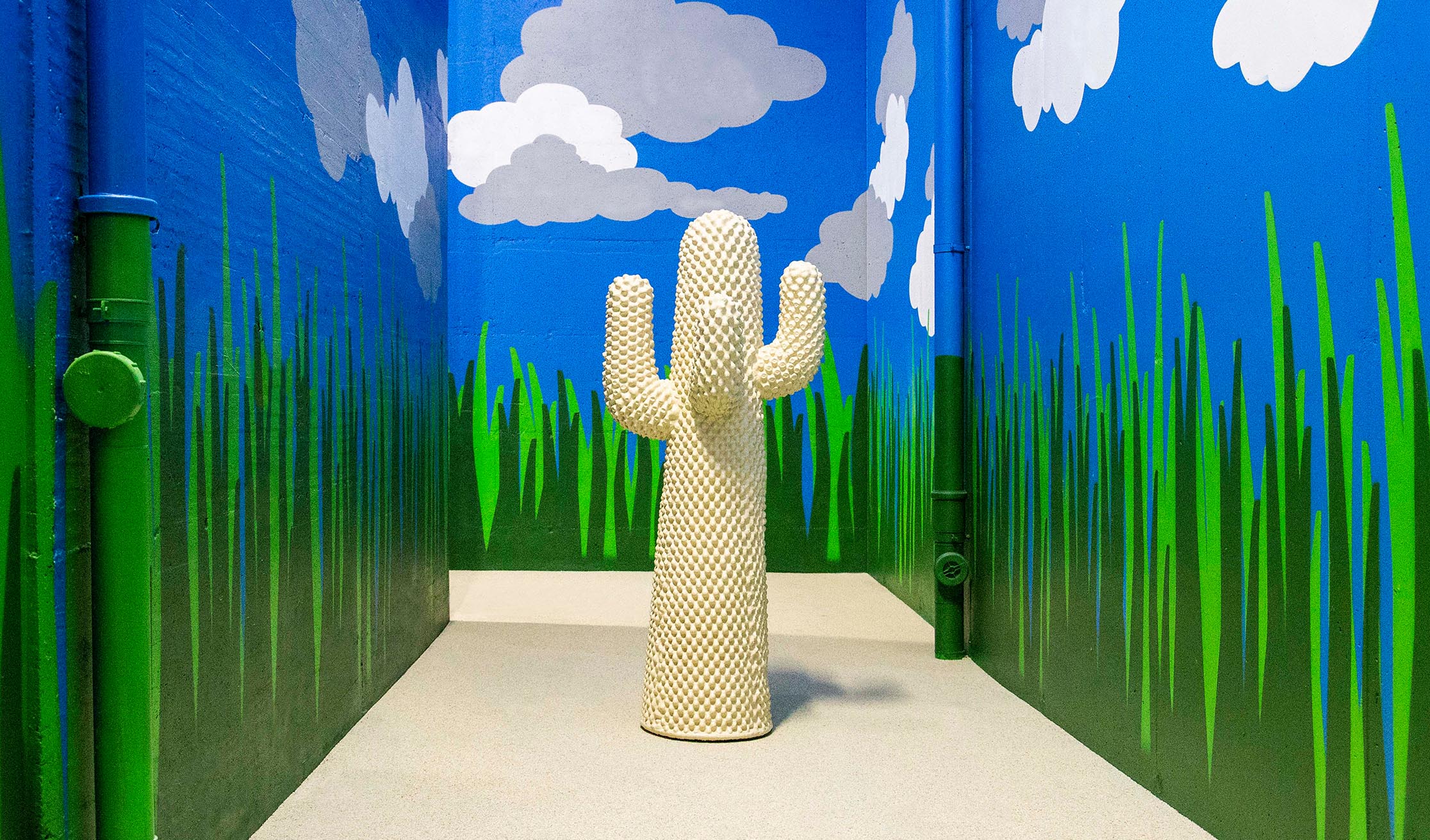 Coat stand of soft polyurethane finished by hand with Guflac®. 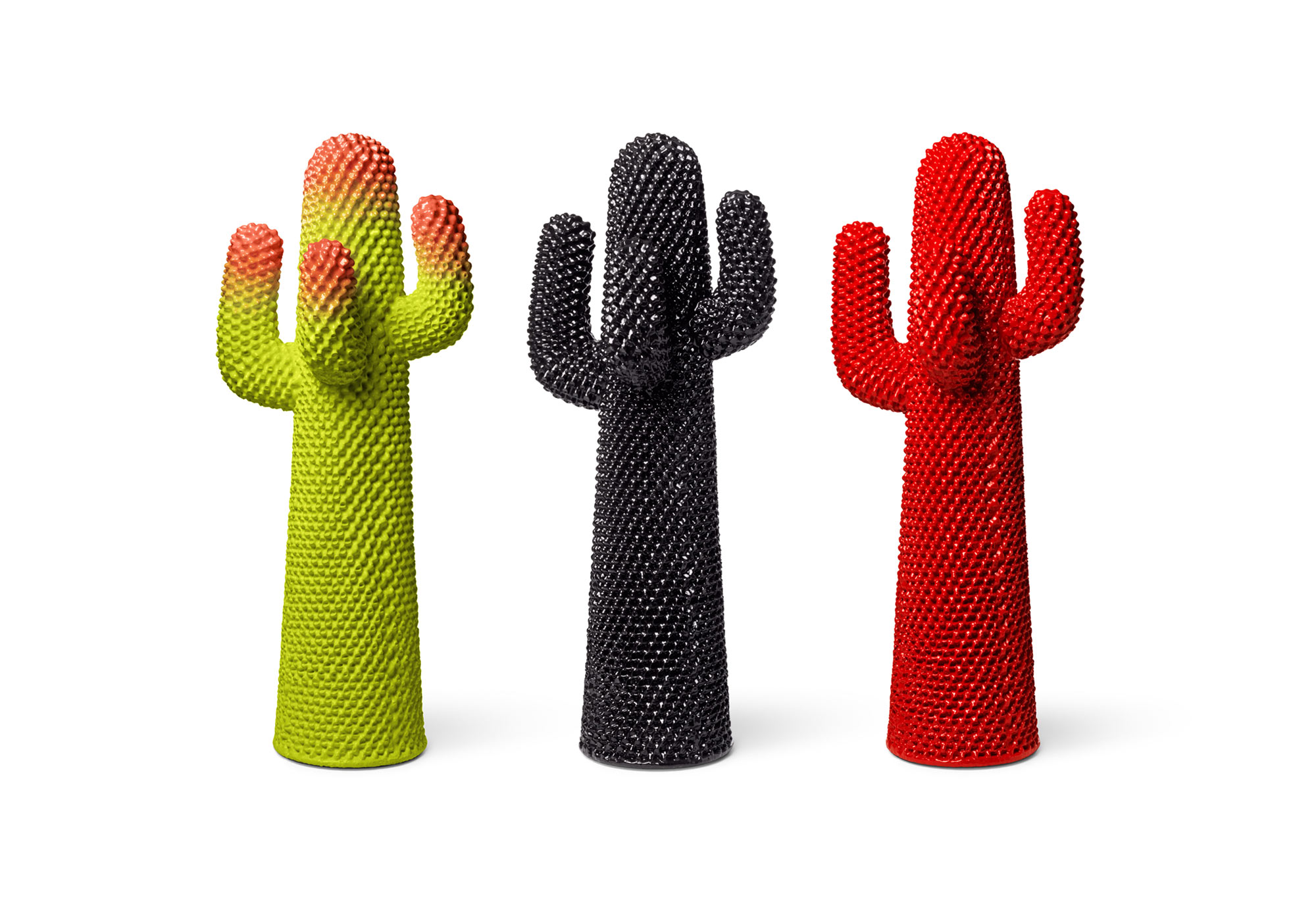 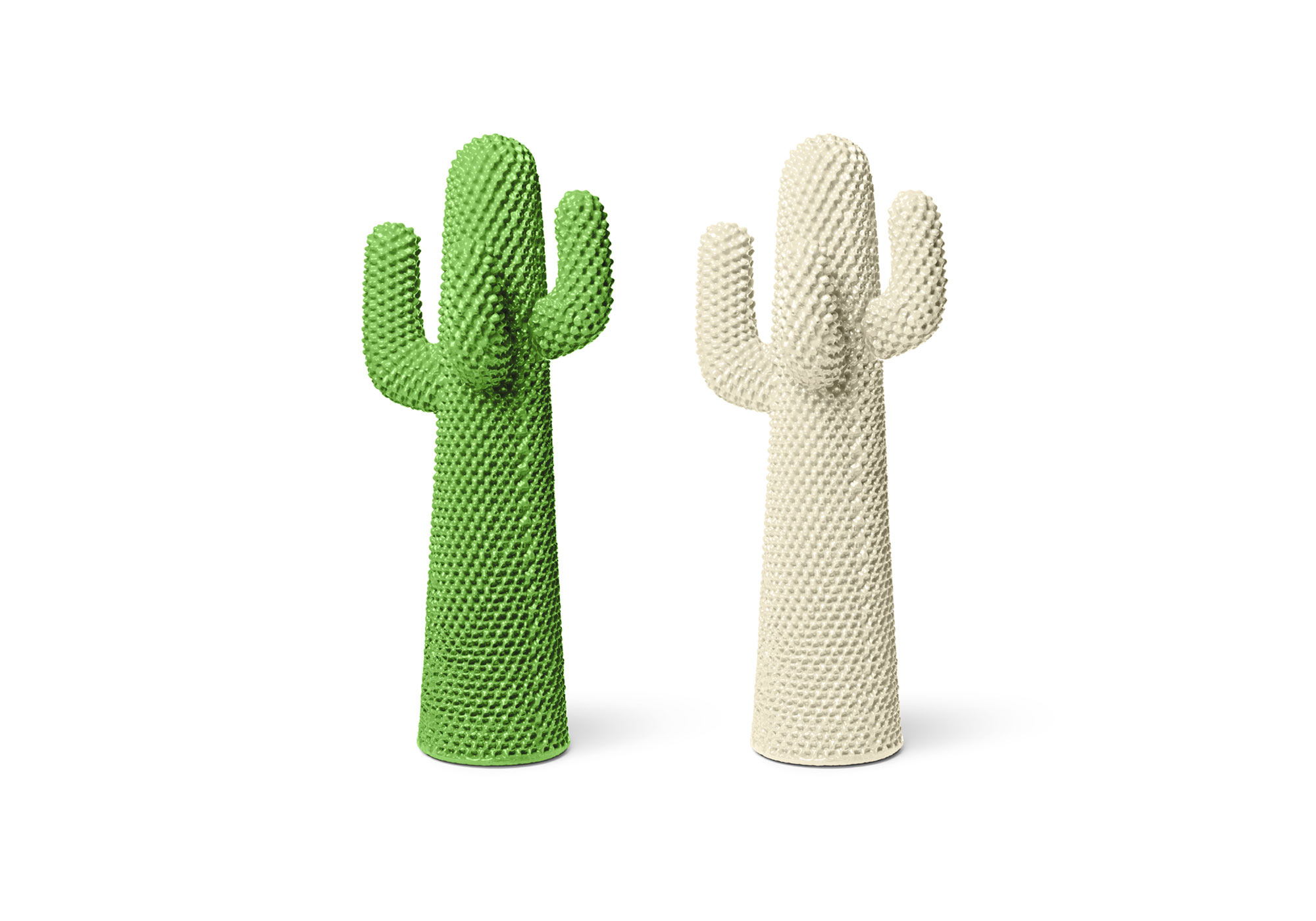 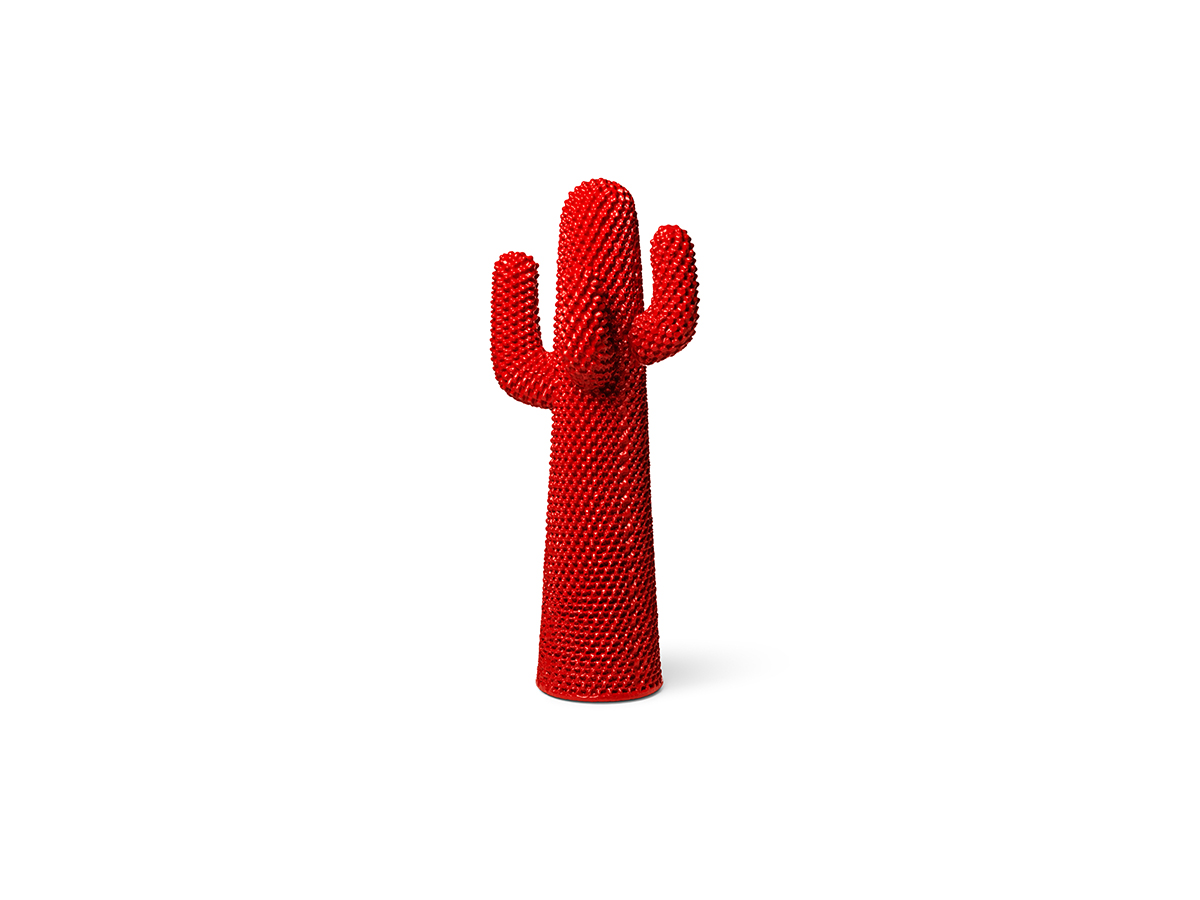 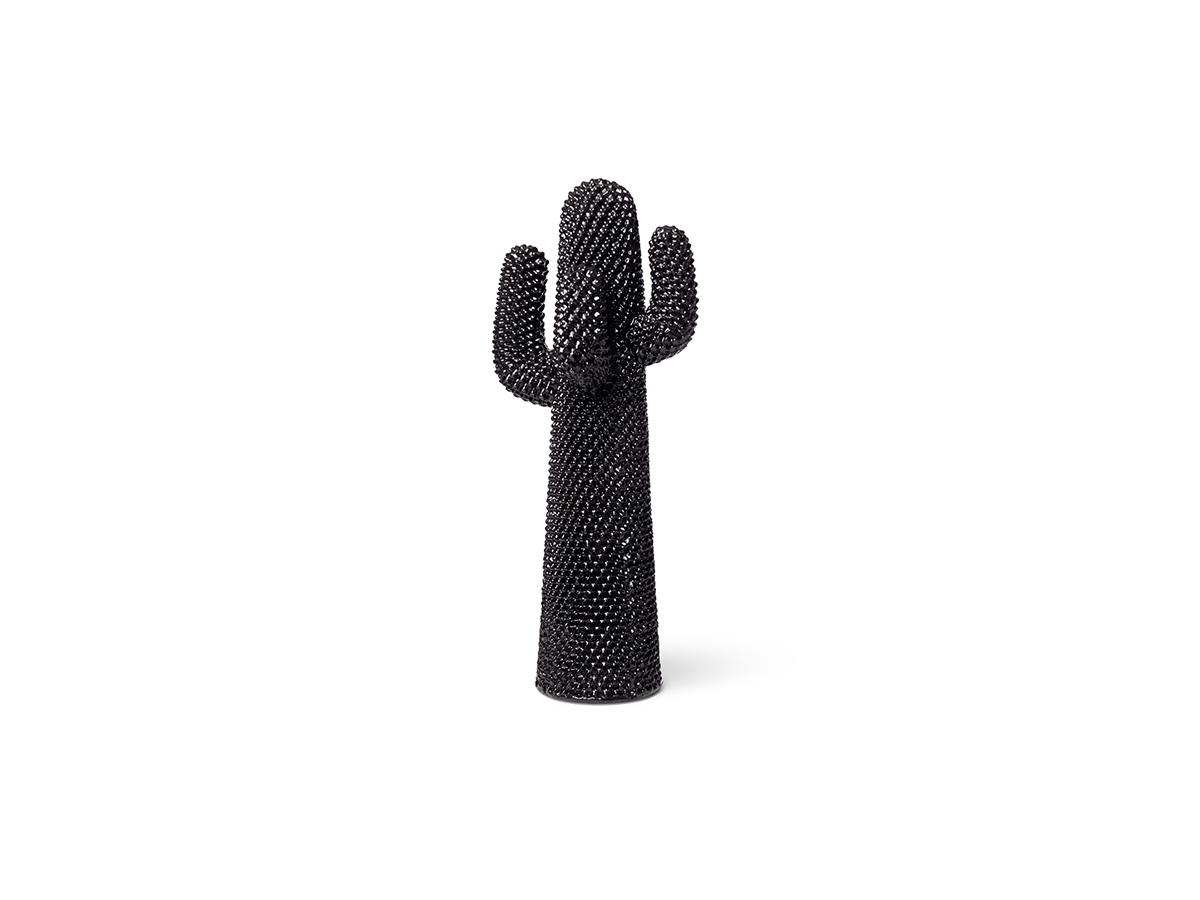 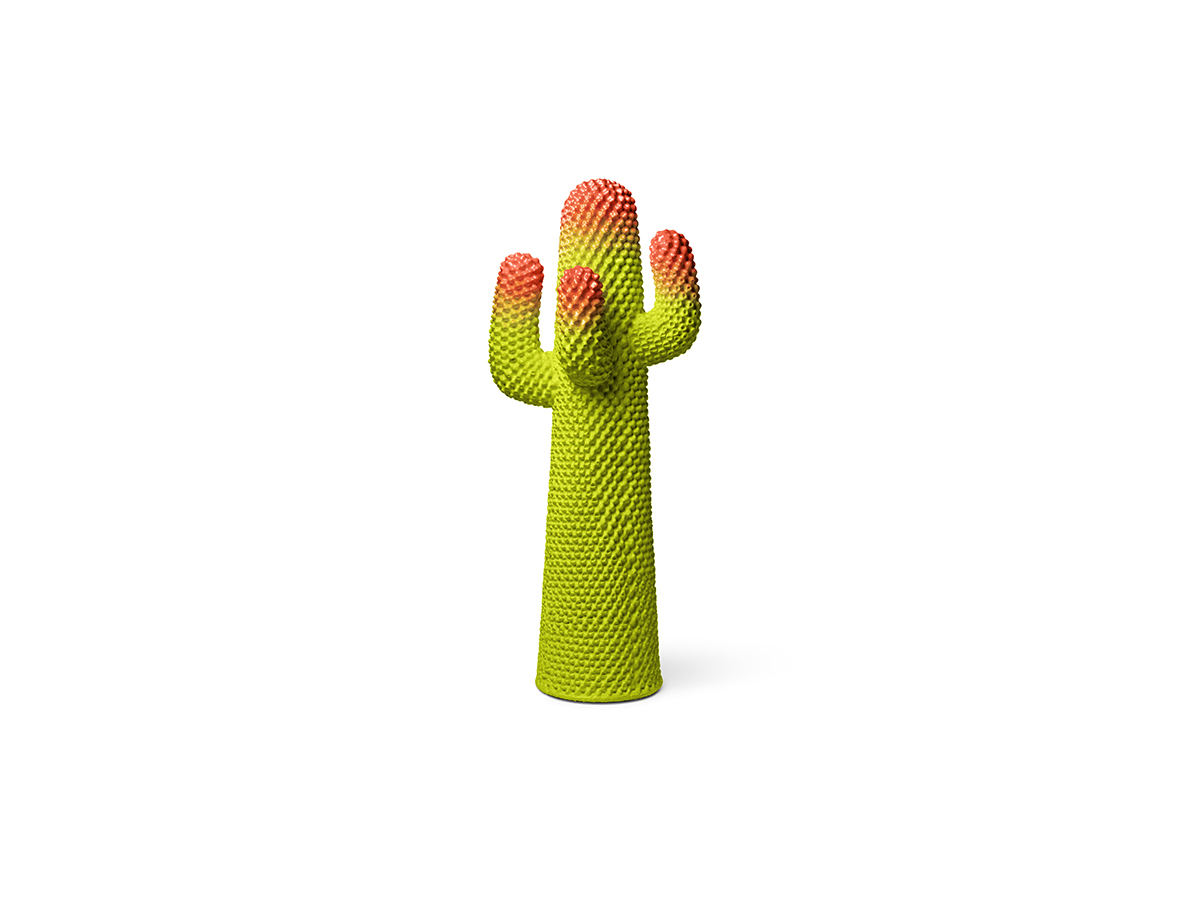 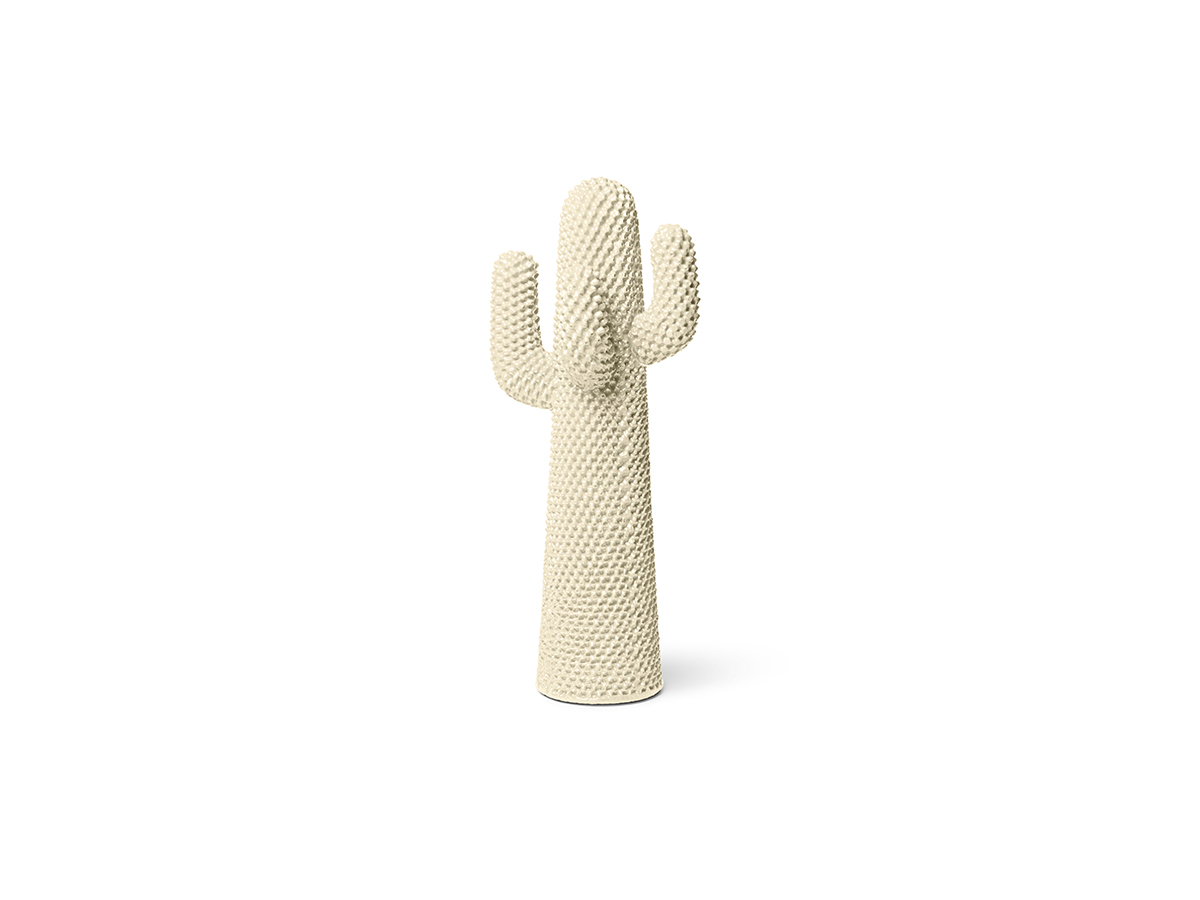